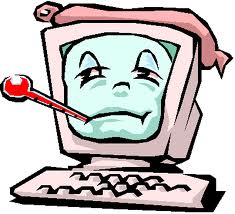 It’s been 3 days since I ventured to do anything on my blog.

I had had many fun things going on over the weekend.

Then, on Sunday evening, I had the terrible issue of accepting that my computers were down.

Now, I wanted to be on them.

You’re probably wondering why I’m using the word ‘them’ and ‘they’.

I have a desktop computer and a laptop. I decided to get the laptop to take with me when I travel.

I can upload photos and remove them from my memory card, plus, I could see how well I’d taken the photographs. I could write stories or poems, etc.

When I realized my limited ability to get them to work, I thought about getting tech help. They could get walk me through the issue/issues.

However, I had a premonition it was going to be long and stressful process.

Today, I accepted that I could be having an incorrect premonition about this entire repair thing.

I called and to my surprise everything went smoothly and quickly. It was a simple fix.
And, it was a pleasure to speak to a tech who’d originally resided in Norway. I enjoy listening to people who have accents. This Norwegian accent was quite pleasant as was his assistance to my computer glitch.

A gentle spirit came to earth in 1947. Born on the sweltering, hot summer day of the 20th of July, my fragile limbs and organs strained to survive in a new environment of mechanical machinery. I was barely three pounds in weight but had a will equal to 300 pounds of strength. I overcame the mechanical machines that were part of my life for several months. As I grew older, I soon realized that all of my life would be filled with challenges to conquer.

Told I was rambunctious, I managed to overcome those labels with a smile. I learned to dance to amuse myself and make everyone around me happy. If there was laughter, I felt safe.
It wasn’t until I started school that I realized how difficult it was to carry a name that was meant to be given to a boy. Yes, my fathers name was Isidore. I was the boy who turned out to be a girl.
Kids were cruel when I started school. They made fun of my name and me. I was the only brown child in the entire parochial school along with one black boy child. We looked out of place among them. They made sure we knew we were different. They taunted the pronunciation of my name by coming close to me with fists and asking if they could knock on my door; which was my head. They asked if I would be able to feel their fists if they knocked because of all that puffy hair. When your 6 or 7 you can’t understand why you look different. You aren’t aware of ethnicity. 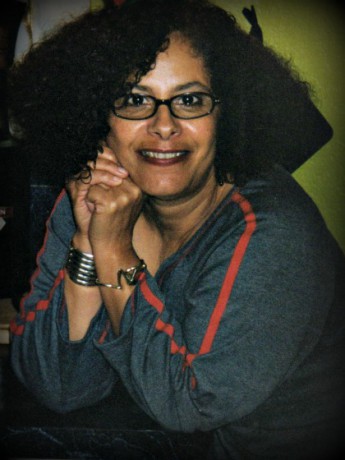 My family didn’t use my name either. They called me Doris or Dori. I never asked why. I always assumed it was because my Dad had the same name. But, they used to call him Isidoro or Izzy. When I met my hubby in high school, he called me Sandy. I never asked why. I thought it was a special girlfriend name. Everyone had sweaters with their names on them during my high school days. So, I didn’t mind having Sandy printed on it instead of my name. I thought it was a cool name.

I can honestly say that I had to grow into my name. It took years. I was much more comfortable with it during my artistic career which began when I was 36 years old. It served me well because it is unique. I’m really proud of my name now. I wouldn’t change it for anything in the world. It has helped me to be successful in my business. I sold handcrafted jewelry for 28 years under that name. It was my name and my brightly red dyed hair that helped people remember me. It was as unique as my handcrafted silversmithing.

During the years, I’ve worn many, many hats. I’ve been an interior decorator, a buyer for a well-known clothing manufacturer, a gal Friday for a major insurance company, a dancer and the president/owner of an artfully designed jewelry business and copper sculpture business. I am a wife, mother and grandmother of 8. Now, I am a novice photographer and writer.
I never thought I’d touch people in so many ways with my words and images. I’m happy I’ve been able to do that. I’m even happier that I’m accomplishing the goal I had set for myself which is touching the hearts of all people in this world we call cyber.

Say Your Name
Michelle W is asking us to – Write about your first name:

Are you named after someone or something?

Are there any stories or associations attached to it?

If you had the choice, would you rename yourself?

Say the word circus to someone who loves the circus and you’ll see a face full of joy.

Who loves the circus?

Anyone who watched the circus animals coming off of the long train of big box cars when it arrived in your town.

Anyone who who experienced the smell, the sights, the sounds of the big top as a child.

If you experienced this excitement when you were growing up you might enjoy visiting the Ringling Brothers Circus Museum of Sarasota, Florida. The shooting of the movie ‘The Greatest Show on Earth’ was filmed at this museum.

It’s the biggest circus museum containing documents, artifacts and memorabilia that preserves the celebration of the circus.

That was the cry of the barker who was sent in advance to your town. The anticipation of the circus arriving was rooted in you by posters pasted on the walls of every blank concrete space available.

What child wouldn’t be dreaming of the parade of animals that, in a matter of days, would be coming down their main street of town?

Yes, that’s what the circus did.

The circus was originally started in Baraboo, Wisconsin by five of the seven Ringling Brothers in 1884. Later, in 1948, it moved to its’ permanent home in Sarasota, Florida. 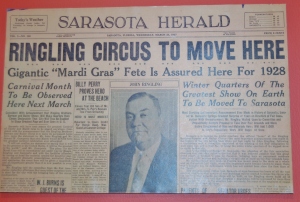 The long box car train would pull into the outskirts of town; then, the unloading would begin. It was a massive undertaking they made look easy.

There were a great many tents that had to be raised.

There was the costume tent. This is where all of the costumes were sewn, repaired and laundered.

The mess hall tent was where everyone ate their three meals a day except for the star performers who had their own tents with kitchens.

Of course, there was the animal tents where the variety of animals were housed.

The tent for the sideshows of oddities was another.

The last one was the big top where the circus loving patrons sat in awe of the entertainment.

Before the grand opening day, there was the pièce de résistance. The parade of elephants. The sparkling colorful costumed riders would shine in the bright sun.

A zoo was unheard of in many towns, the circus was an opportunity for children to see animals up close. Oh, how the faces of children would be overcome with excitement. Their voices would squeal as the parade of animals came down Main Street.

The circus is a magical world filled with acrobats, mind-boggling feats, horses dancing and being ridden, high wire acts, tight rope walkers, trapeze acts, musicians and clowns. Sequins glittering under the lights along with dangerously wild performances right in front of you could make it easy to be hypnotized.

Now, September 2011, enter the “Circus Museums Tibbals” learning center where the largest miniature circus called the “Harold Bros. Circus Model” is housed. An odd name considering it’s the Ringling Brothers Circus Museum but copyright issues prevent the use of that name. Harold Tibbel philanthropist and miniature expert created the replica of the circus life. It will be on exhibit ate the Ringling Museum, indefinitely.

It has taken Harold Tibbel 50 years to painstakingly create these miniature masterpieces. His thoughts are that, “There is still a great many portions that have to be completed”. His avocation to this project is commendable.

The massive undertaking to preserve a piece of Americana is his passion.

The show must go on a well-known phrase in show business was voiced quite often when injuries occurred at the circus. It was common for these constant travelers. 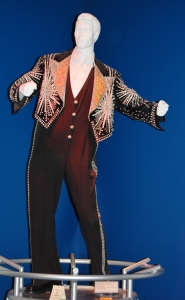 Despite how they felt physically, when the Ringmaster took center stage and announced, “Ladies and Gentleman and children of all ages …” everyone was quiet and all eyes were on the stage for “The Greatest Show on Earth” that was about to begin.

When visiting the Sarasota, Florida area be sure to add this Ringling Circus Museum to your must do list. You won’t be disappointed. 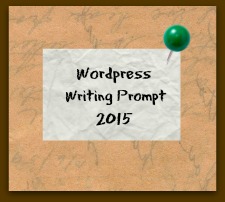 Michelle W. has given us this writing challenge:

Write a piece about a typically “local” experience from where you come from as though it’s an entry in a travel guide.