Christmas fills our minds with memories we hold dear. I’ve shared this story before.

It’s a tale of the innocence of childhood. I hope you enjoy it again … it’s a repost.

If you’re reading it for the first time, I hope it brings memories of your past Chrismas’. 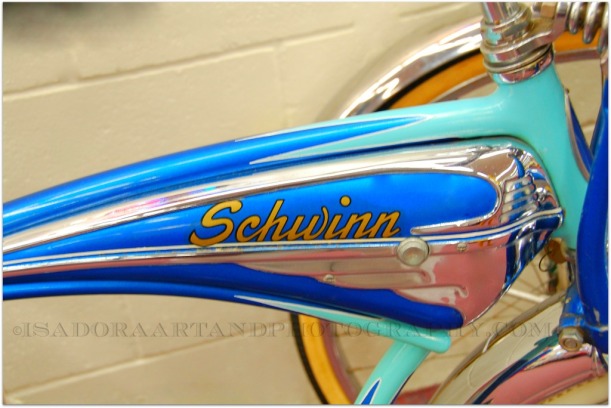 I forgot to mention I want a bicycle.

(my family called me this name when I was growing up)

On Christmas morning, those were the words that rattled inside my mind when I saw this very shiny bicycle near our Christmas tree when I was 9 years old.

I know what most of you are thinking, ‘Why did she believe in Santa Claus at age 9?’  Isn’t that a little old to believe in things that don’t exist?

But, I always believed everything my parents said to me even if classmates said there wasn’t a Santa Claus. Parents wouldn’t fib to their children. Besides, we were taught every day in Catholic school that lying was a sin. I didn’t want to believe my parents would commit a sin on purpose. My little sister was 5, then, and she believed in Santa. Should I have spoiled it for her? No. And so, I believed.

On this particular Christmas morning, I questioned whether or not I’d asked for the right gifts. Even though, I had 2 gifts this year there had always been just one. I must have been really good.

I was thrilled when I opened my first gift and it was the special Shirley Temple doll I had asked for. She had the prettiest smile and blonde curls. She was wearing a plaid skirt with a crisp white blouse and a beret atop those ringlets of curls.

The second gift was the exact beret Shirley Temple wore when I’d seen her at the Macy’s store on 5th Avenue. My family had gone into the city to see Santa and all of the wonderful New York decorations. As I think back to that day, my grandmother had taken us to have lunch while my mother did some errands. Doing Santa’s work, I’m sure. Well, he did fulfill my wishes.

But there in the middle of the living room, next to a brightly lit tree, was this blue and white shiny bicycle. It had a giant white bow and my older sisters’ name on it. It was so pretty. It was remarkably high too. I could barely reach the handlebars. It was gleaming and satiny bright. When my sister saw it she squealed and jumped all around the living room. She had a huge smile on her face while slight giggles emitted as she spoke. We all gathered around it as we oohed and aahed.

Excited and ready to get her new bicycle outside, my sister ran into her room to get dressed. I waited in the living room with my Shirley Temple doll. I knew she wasn’t going to be able to ride.  When she grabbed her bicycle and was ready to go my mother told her she couldn’t go outside.

She was told the bad news. It had snowed 5” during the night. The sidewalks were covered in snow.

Well, she wasn’t having any of it. She trotted down the flight of stairs with her new bicycle and went outside. She rode on the snow. Of course, she fell a lot too. It didn’t matter to her. She wasn’t going to be stopped. All of us watched from the window and laughed.

Weeks later the weather improved. Eventually, she gave me a ride on her new bicycle. I didn’t know how to ride a 2 wheel bike. She had to hold onto me and the bike as I attempted to reach the pedals. It was futile. I was too short. Since she’d asked for a boys bike with the bar that ran across from the handlebars to the seat, my riding days quickly ended.  We did have great fun rides with me sitting on the back fender while holding onto the seat.

Four years later, when she left home at 18, I was given the bicycle. I’d learned to ride a 2 wheel bike by then but I was never as interested in bike riding as she was. 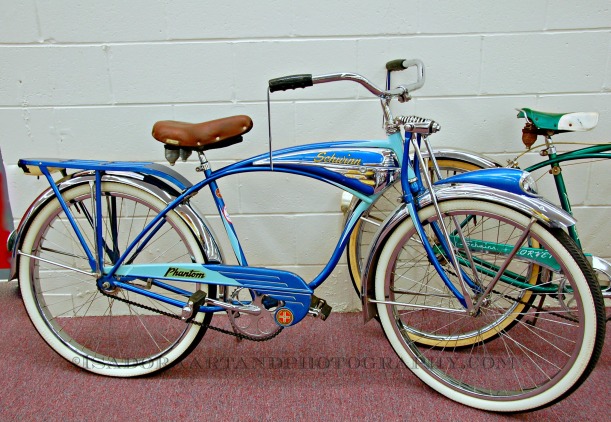